Observation:
In the lap shear test the strength of a bonded joint (under otherwise constant conditions) depends on the thickness of the adhesive film (in general: the highest strength is attained at a film thickness of ca. 0.1 – 0.2  mm): 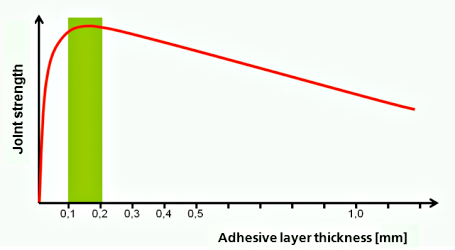 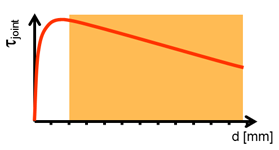 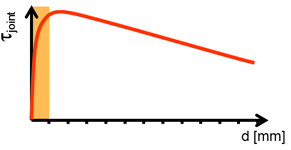